(Deepshikha Gautam, Intern Journalist): DU’s student and sub inspector’s committed suicide by hanging herself in Uttar Pradesh’s Meerut district. She was a TikTok star. The reason for suicide is not clear. Police captured mobile and sent the body for postmortem. The family of Ajay Chauhan posted at Gadhmukteshwar station of Hapur district had been living in a green park colony for 6 months. Here sub inspector’s wife and daughter live. 22 years old daughter is studying from Delhi University. She came home in lockdown. Thursday evening about 5 pm she committed suicide by hanging. At the incident time, her mother was in another room.

Her cousin, Pushpank, informed the police. Modipuram outpost in-charge Vikas Chauhan reached on spot. The girl broke down after breaking the door. She was admitted to SDS global Hospital. Doctors declared her dead. Police sent the body for postmortem. Outpost in charge Vikas Chauhan says that the girl appears to have died due to family feud. Pallampuram police station in-charge Digvijay Singh has taken the girl’s phone. It is revealed that she is very active in TikTok. Although it is early to say that because of the ban of TikTok. No suicide note was found. Family members informed that she was too much depressed for 2 months, but they do not know the reason. The entire case is under intense investigation. 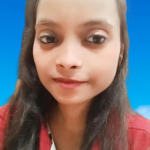 Google will soon launch an affordable smartphone in India along with Jio,

24,279 Pulse Oximeters had been Distributed by Delhi Government

A two-day conclave was held today regarding ‘School Education Policy, 2020